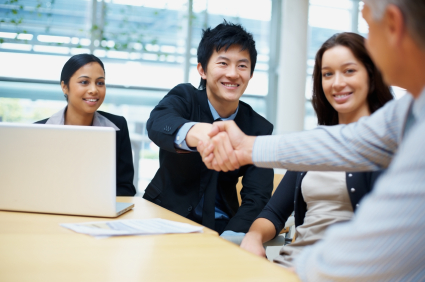 Whether you are in Japan to scout locations, interview industry professionals, or negotiate a licensing deal, statistically speaking, it is highly unlikely that your Japanese counterpart will speak a word of English – a surprise to many foreigers considering that Japan is by far Asia’s most developed economy.

Most of our interpreters are based either in Tokyo or Osaka. Outside of those areas, our policy depending on the project, and in particular the technicality of the topic being discussed. For highly specialized/technical content, we normally dispatch an experienced interpreter, and for more casual topics, we will usually source English speakers within our local contacts, at a much lower fee.

For special requests, we are able to record/film the interpreter in order for the material to be re-used in the future. Note that in such a case, it is industry standard in Japan to double the interpreter fees.

Contact us today to book an interpreter for your next trip.